Here is my son Ben on the start of his interrail adventure, following his dreams and with no fear

Can I develop more GRIT?

It was Ben’s 18th birthday and I woke early, 5am early. I was desperately trying not to let myself worry about his pending trip two days later, inter railing round Europe with his two mates. After all I am a life coach and showing GRIT and rationalising my thoughts should be second nature? I have a confession to make, we are all fallible and I am finding it very hard to not worry.

Taking my mind off what I can’t control (him going to Europe) I tried to think about my dreams for my future, what it was I wanted to achieve, personally and professionally. If Ben can do it, surely I can? That is why I am writing this today, there is something stopping me from doing some of the things I want to do in my life. I know what I want, how to get it, but I am ashamed to say, “it’s easier to stay where I am, at the moment”. I seem to put my dreams on hold, for a later day, that’s my excuse. If I am honest, I think it is a bit of fear.

My children don’t let fear hold them back

Lately it has dawned on me that my children don’t seem to let fear hold them back and that is why they inspire me. Everyday.

Ben has the ability to dream about what he wants in life and actually go for it. Hence the Europe trip, he wanted to go and so he made it happen. Never contemplating the possibility of failure because he says that he’ll worry about that when it happens. And when things haven’t gone to plan, that’s exactly what he does. Although I wouldn’t say worry, Ben tends to reflect and ruminate for at least a few minutes and then he has a new plan before I can even pick up any pieces.

I am truly inspired by his GRIT and determination. When he decided to sit for the Oxford entrance exam, I know he contemplated failing and what others would think of him if he didn’t get in. But he then quickly turned away from that thought and said to me “There’s no harm in trying is there”? At the Imperial University open day, we were told there is a big drop off after open day for people applying. Many students are put off because they are fearful of the competitive grade expectations and the “almost impossible” STEP test that they often ask for. They would rather not try than risk the failure.

“Only those who dare to fail greatly can ever achieve greatly.” – Robert F. Kennedy

Ben didn’t get an interview for Oxford and was deflated for a day or two, but he wasn’t deterred. Focussing on the next challenge, he chose to study for the STEP tests for Imperial and now awaits his results.

I don’t seem to be practicing what I preach

Both my children seem very determined and show a lot of GRIT. I am sure that the way my husband I have always encouraged them to go for their dreams, no matter what has helped them in many ways. However, how they go about it is truly inspiring. Why I am writing this blog today is because I have realised that I don’t seem to be practicing what I preach, staying well within my lovely comfort zone.

“If you worry all the time about coming second, then you will forget about coming first” Jon Smidt world cup winning springbok captain.

My husband sent me this quote last week after hearing Jon Smidt talk. It was ironic because we had both been marvelling at how both our kids never seem to avoid a challenge. They readily put themselves in a position where they are risking ‘not coming first’. Showing lots of GRIT.

Developing GRIT and the importance of working hard at an activity

My daughter Maria demonstrates this regularly whilst doing something she loves. As she dances competitively, she risks ‘not coming first’ every dance festival she enters and every dance she performs. 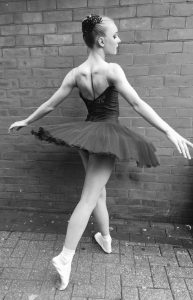 Maria trains most days up to three hours a day and she often feels in physical pain, but ultimately she is determined to get better. When she stands on stage waiting to be judged, I am a nervous wreck, but she stands there smiling and in control. Yes, she often wins but she also goes unplaced too and I firmly believe that this is helping her in all areas of her life. Maria never seems to back away from a challenge, both with dance but also in other areas of her life. I am sure that this is because she knows how it feels not to win or achieve and she doesn’t fear it.  The knowledge that she can work hard and improve spurs her on to keep practicing and she learns as she goes along.

Whilst writing this I feel encouraged and motivated to make some changes. I want to be more adventurous and I want to take myself out of my comfort zone. So, I have decided to make a simple plan and follow it with determination and effort. I know it will have so many good outcomes and I already feel more confident and happy, energised and fulfilled because I am approaching life in a new positive way.

How will I develop my GRIT?

I write this with renewed vigour and determination:

I will allow myself to dream;

I will continue to love my life and enjoy every moment but also embrace new challenges;

I will make plans and take positive steps;

I will move off the metaphorical sofa.

Thank you to my brilliant and GRITTY children.

"Chase your dreams, chase what makes you happy, move in different directions, if it doesn’t work move on and most importantly, enjoy yourself whilst you are chasing."